Antioxidants – Time to rethink our strategies? 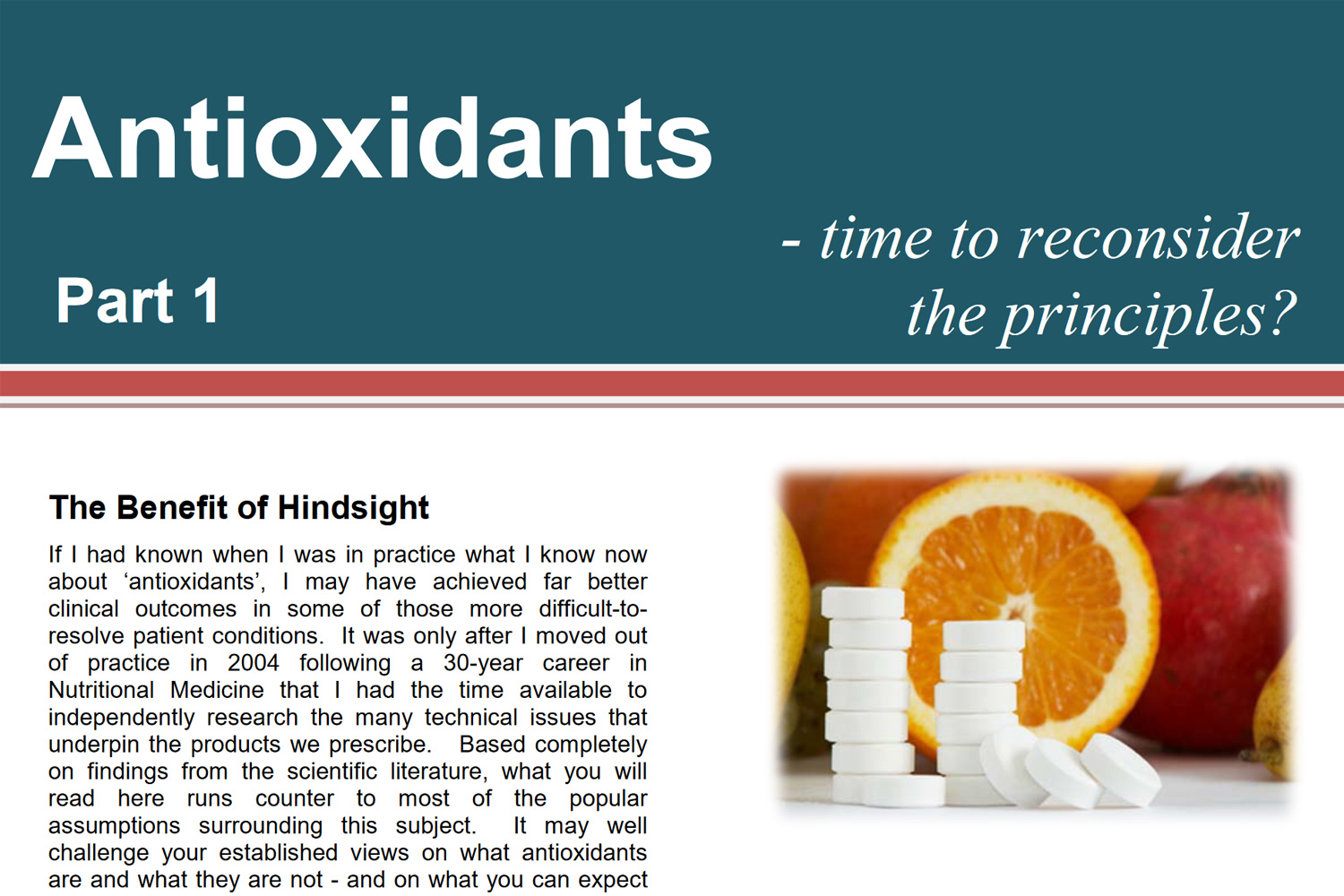 Antioxidants’ are all individual in their properties; in their cellular compartmentalisation, in their ability to cross cell membranes, in the speed with which they undergo chemical reactions (kinetics), in their solubility, in their bioavailability, in their interactions with other molecules and in their ability to act as messengers, sending signals which initiate critical processes.
In addition, many such as ascorbate have far more significant roles in human biochemistry than in quenching free radicals. We have tended to assume that because these compounds are capable of quenching free radicals in test tubes, they are doing the same in living cells; this erroneous assumption has led us down many a blind alley in both research and in clinical application.
Although ascorbate as one example, is capable of quenching free radicals (more correctly termed reactive oxygen species and reactive nitrogen species), it is not particularly efficient at doing so at the primary level; there are far more targeted molecules designed to keep oxidative species in proper redox balance. The common practice of megadosing ascorbate at hundreds of times the recommended dietary intake (apart from diverging markedly from a ‘natural medicine’ model), is like using a shotgun to hit the bulls eye – a scattered, rather wasteful and non-targeted approach. There is a much more targeted solution which I will discuss further on.
View publication Part.1
View publication Part.2
Category: 1. GliSODin ReviewFebruary 12, 2009
Share this post
Share on LinkedInShare on LinkedIn