Oxidative stress and antioxidants: how to assess a risk or a prevention? 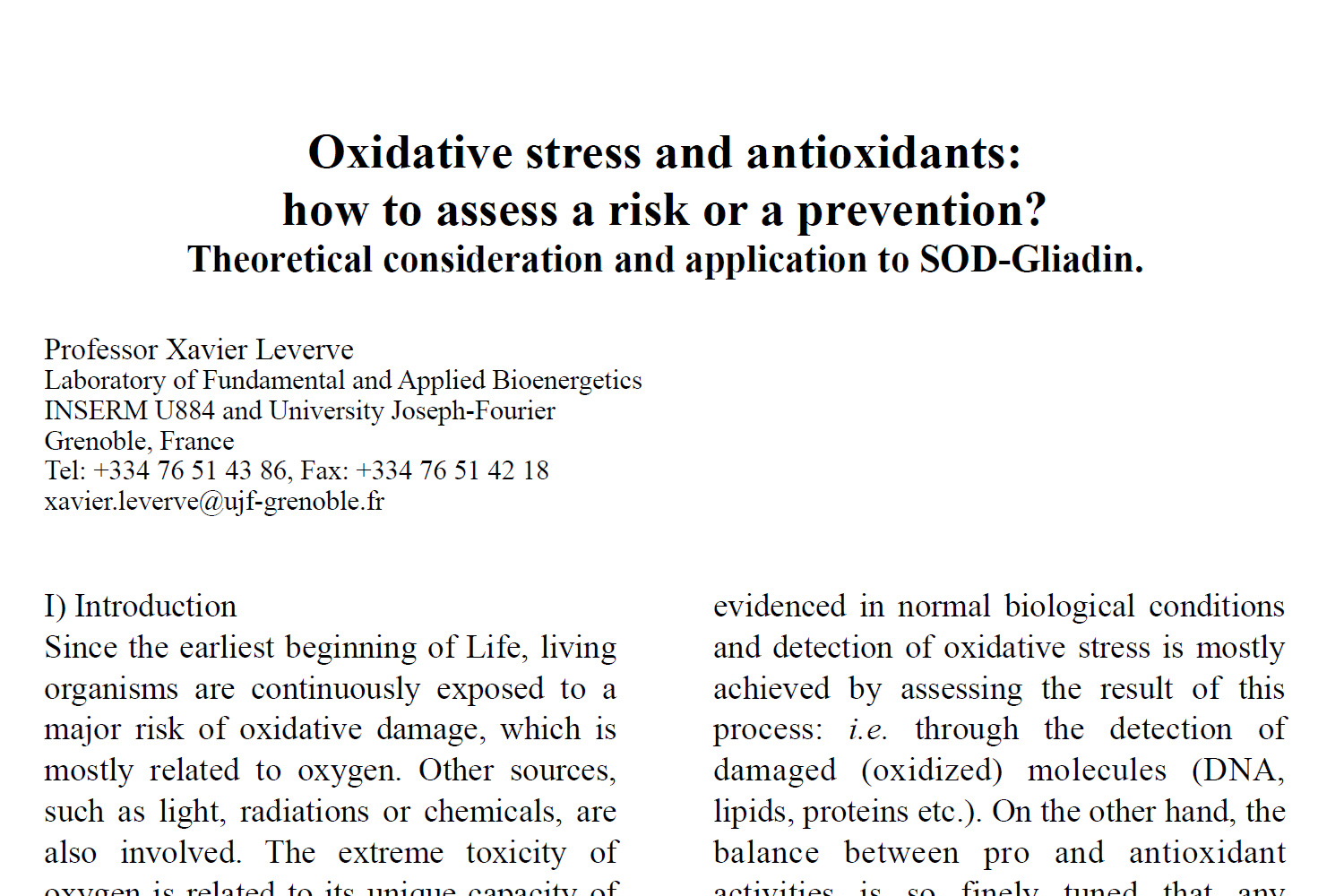 Since the earliest beginning of Life, living organisms are continuously exposed to a major risk of oxidative damage, which is mostly related to oxygen. Other sources, such as light, radiations or chemicals, are also involved. The extreme toxicity of oxygen is related to its unique capacity of generating free radicals, which have long been recognized as harmful compounds on biological molecules. Actually, Life appeared before oxygen, since its early emergence resulted from a long period of microorganism and plant photosynthesis.

The increase in oxygen partial tension in earth atmosphere was extremely deleterious for all biological molecules and the massive contemporary vanishing of living species was related to oxygen toxicity. Among several antioxidant strategies developed though the process of Evolution, mitochondrion ancestors played probably a major role in adapting Life to survive to such massive oxidative stress.Because of this long and mandatory metabolic evolution, a highly complex interaction between life (mitochondrial ATP synthesis) and death (oxidative toxicity) has been developed.

The most harmful free radicals or reactive oxygen species (ROS) have in common a very short half-life indicating that they can very quickly exchange electrons with any kind of biological molecule.Therefore, these molecules are difficult to be directly evidenced in normal biological conditions and detection of oxidative stress is mostly achieved by assessing the result of this process: i.e. through the detection of damaged (oxidized) molecules (DNA, lipids, proteins etc.). On the other hand, the balance between pro and antioxidant activities is so finely tuned that any increase in antioxidant defense can be viewed either as the development of a good protection against oxidative stress or as an adapted response to previous oxidative damage. Hence an increase in the antioxidant defense indicates actually the result of an exposure to higher oxidative c o n d i t i o n s . Th e r e f o r e , a s s e s s i n g antioxidant capacity cannot be obtained by using a single parameter, whatever its intrinsic value and it is probably more informative to perform a dynamic assessment to a response of a given stress than a basal biological compound determination.