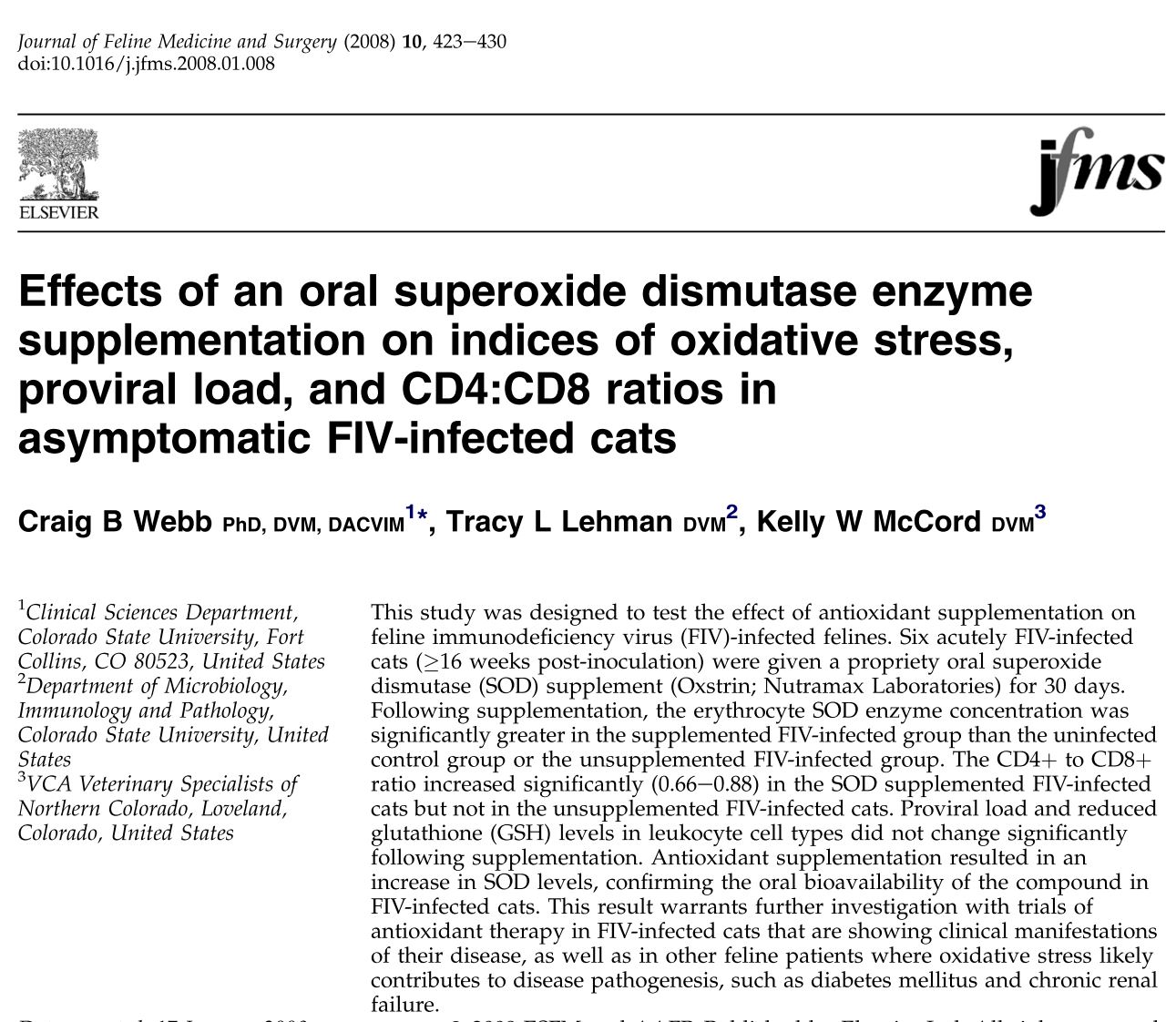 This result warrants further investigation with trials of antioxidant therapy in FIV-infected cats that are showing clinical manifestations of their disease, as well as in other feline patients where oxidative stress likely contributes to disease pathogenesis, such as diabetes mellitus and chronic renal failure.