GliSODin modulates the function of vasculogenesis and angiogenesis in endometriosis tissue 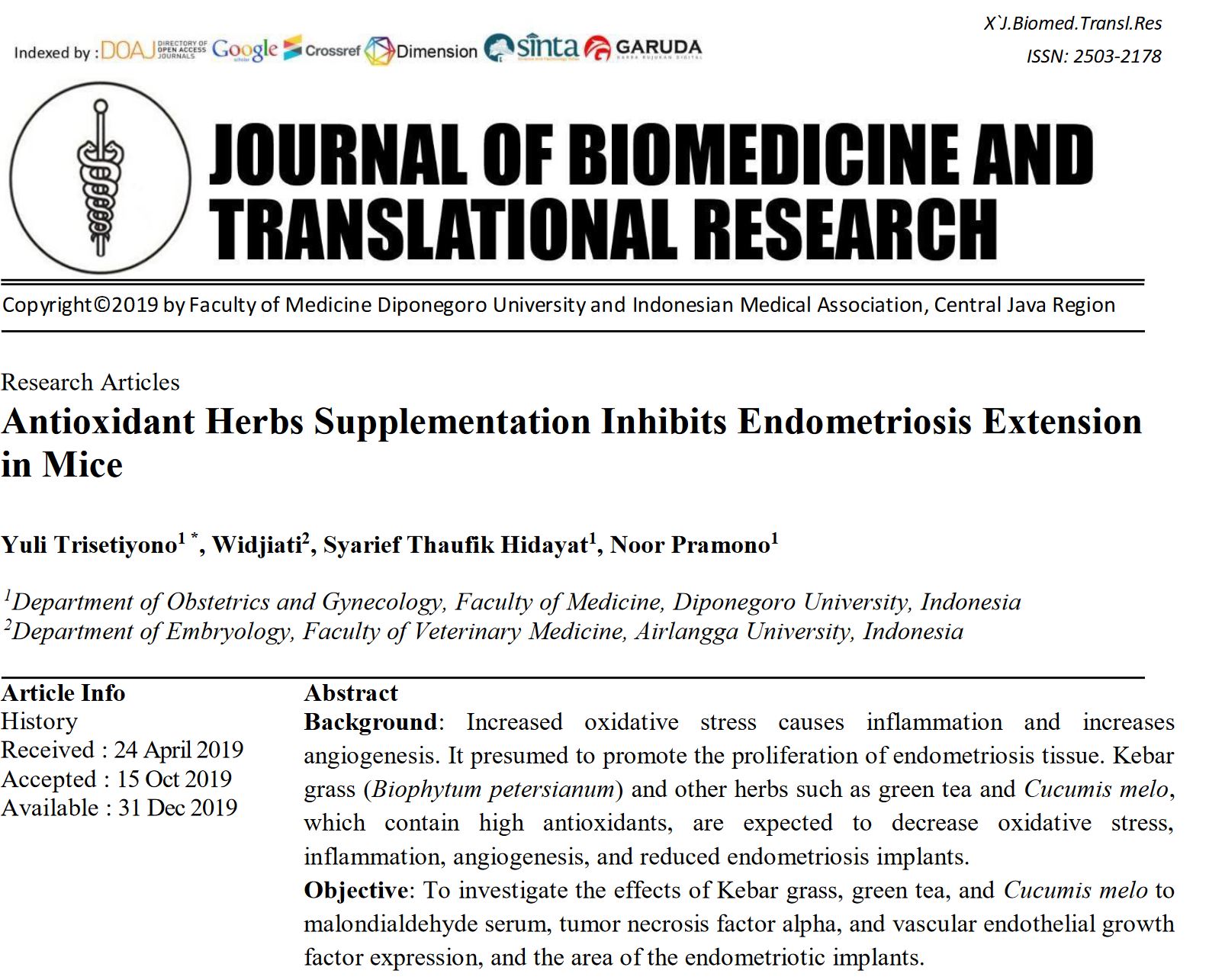 Objective: To investigate the effects of Kebar grass, green tea, and Cucumis melo to malondialdehyde serum, tumor necrosis factor alpha, and vascular endothelial growth factor expression, and the area of the endometriotic implants.

Methods: Twenty-eight mice were divided into four groups, i.e., the first group of endometriosis mice was given Kebar grass extract; the second group was assigned green tea extract, the third group was given the combination of Cucumis melo extract–gliadin, and the last containing the untreated endometriosis mice as the control. Each treatment was given for 14 days. The data of MDA serum level, the area of the endometriotic implants, TNF-α, and VEGF expression were collected and analyzed.