Effects of Oral Supplementation With Plant Superoxide Dismutase Extract on Selected Redox Parameters and an Inflammatory Marker in a 2,000-m Rowing-Ergometer Test 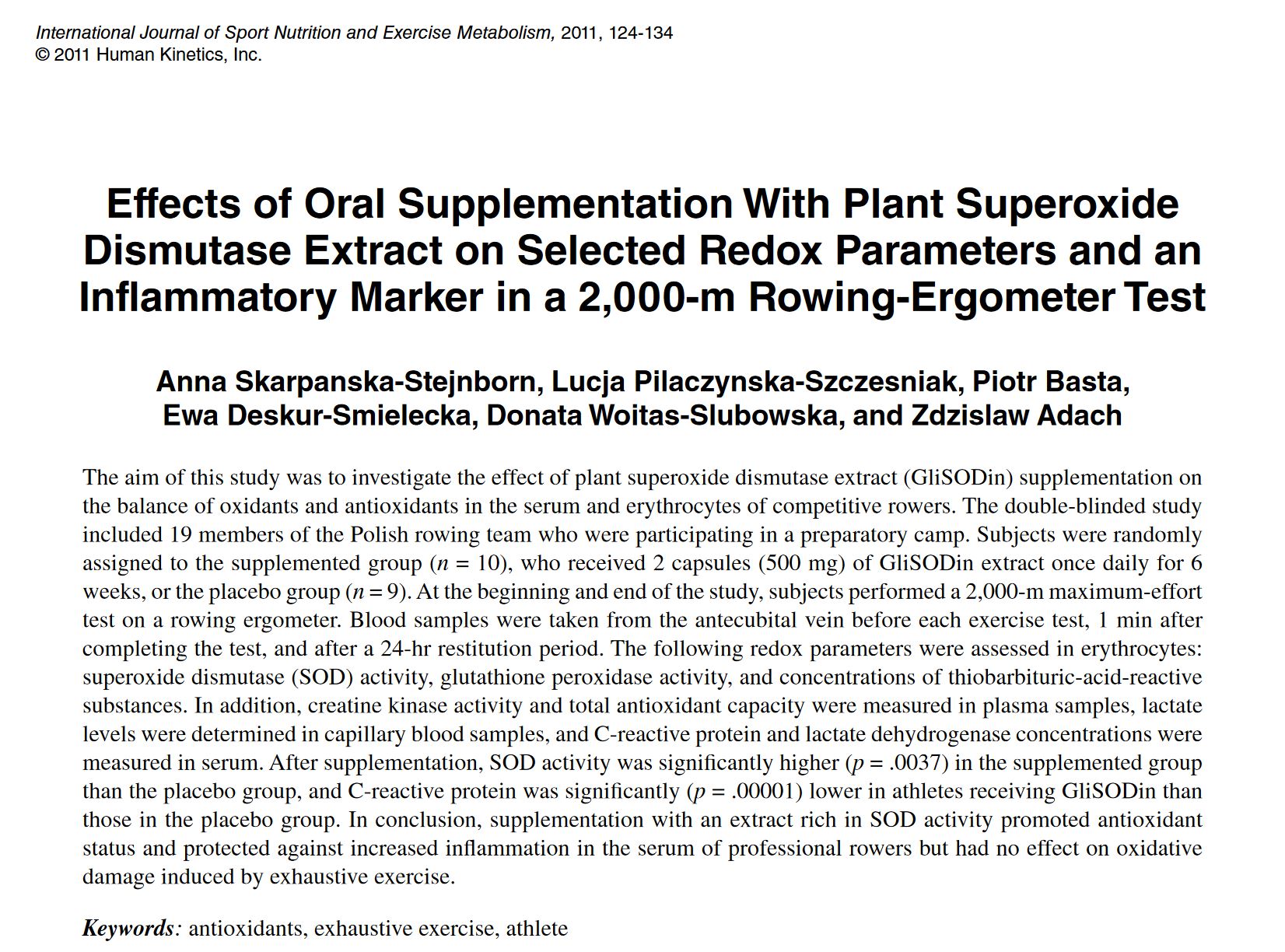 The aim of this study was to investigate the effect of plant superoxide dismutase extract (GliSODin) supplementation on the balance of oxidants and antioxidants in the serum and erythrocytes of competitive rowers.

The double-blinded study included 19 members of the Polish rowing team who were participating in a preparatory camp. Subjects were randomly assigned to the supplemented group (n = 10), who received 2 capsules (500 mg) of GliSODin extract once daily for 6 weeks, or the placebo group (n = 9).

At the beginning and end of the study, subjects performed a 2,000-m maximum-effort test on a rowing ergometer. Blood samples were taken from the antecubital vein before each exercise test, 1 min after completing the test, and after a 24-hr restitution period. The following redox parameters were assessed in erythrocytes: superoxide dismutase (SOD) activity, glutathione peroxidase activity, and concentrations of thiobarbituric-acid-reactive substances. In addition, creatine kinase activity and total antioxidant capacity were measured in plasma samples, lactate levels were determined in capillary blood samples, and C-reactive protein and lactate dehydrogenase concentrations were measured in serum.

In conclusion, supplementation with an extract rich in SOD activity promoted antioxidant status and protected against increased inflammation in the serum of professional rowers but had no effect on oxidative damage induced by exhaustive exercise.