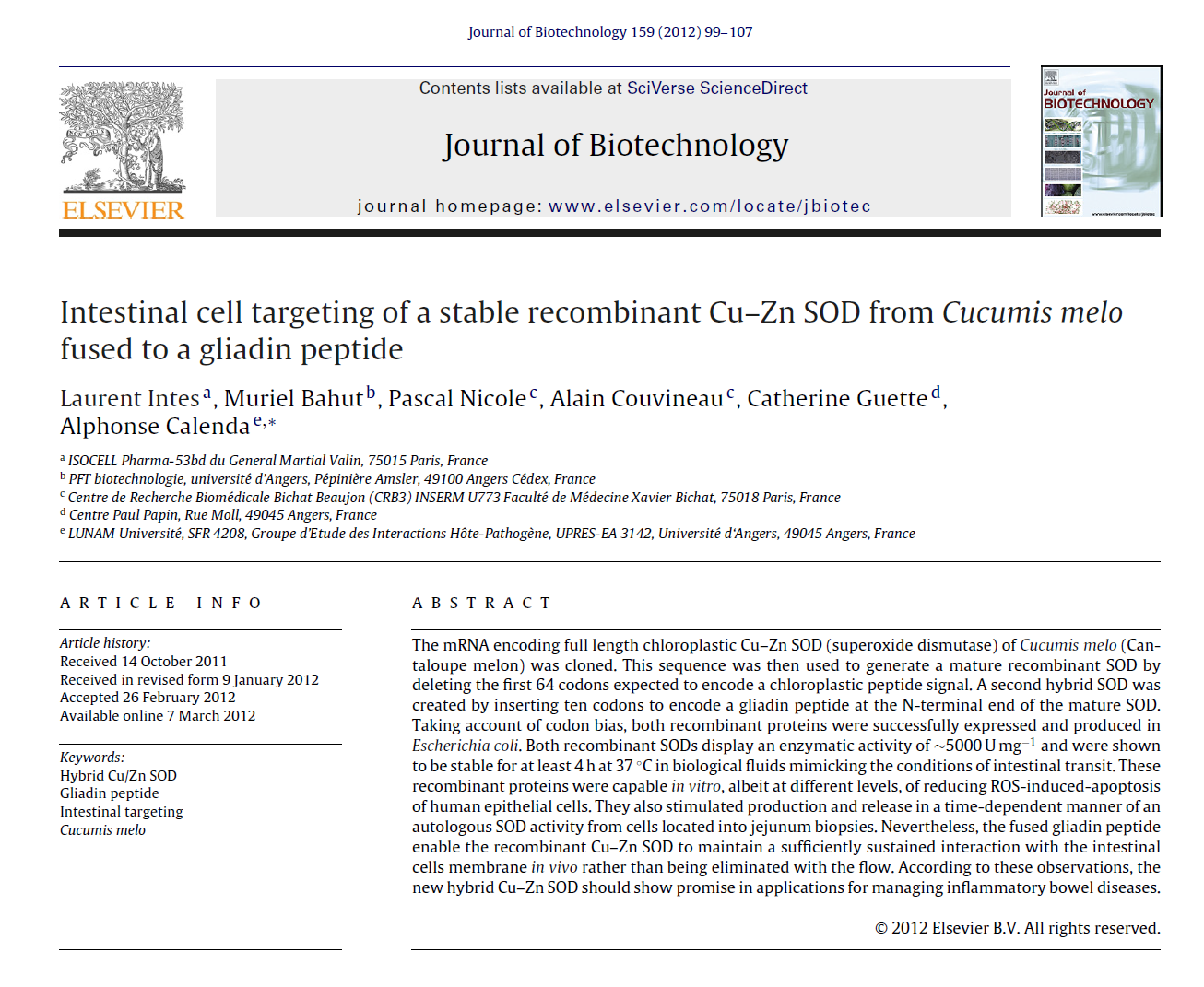 The mRNA encoding full length chloroplastic Cu-Zn SOD (superoxide dismutase) of Cucumis melo (Cantaloupe melon) was cloned. This sequence was then used to generate a mature recombinant SOD by deleting the first 64 codons expected to encode a chloroplastic peptide signal. A second hybrid SOD was created by inserting ten codons to encode a gliadin peptide at the N-terminal end of the mature SOD. Taking account of codon bias, both recombinant proteins were successfully expressed and produced in Escherichia coli. Both recombinant SODs display an enzymatic activity of ~5000U mg(-1) and were shown to be stable for at least 4h at 37°C in biological fluids mimicking the conditions of intestinal transit.

These recombinant proteins were capable in vitro, albeit at different levels, of reducing ROS-induced-apoptosis of human epithelial cells. They also stimulated production and release in a time-dependent manner of an autologous SOD activity from cells located into jejunum biopsies. Nevertheless, the fused gliadin peptide enable the recombinant Cu-Zn SOD to maintain a sufficiently sustained interaction with the intestinal cells membrane in vivo rather than being eliminated with the flow. According to these observations, the new hybrid Cu-Zn SOD should show promise in applications for managing inflammatory bowel diseases.