Impact of Superoxide Dismutase-Gliadin on Radiation-induced Fibrosis: An Experimental Study 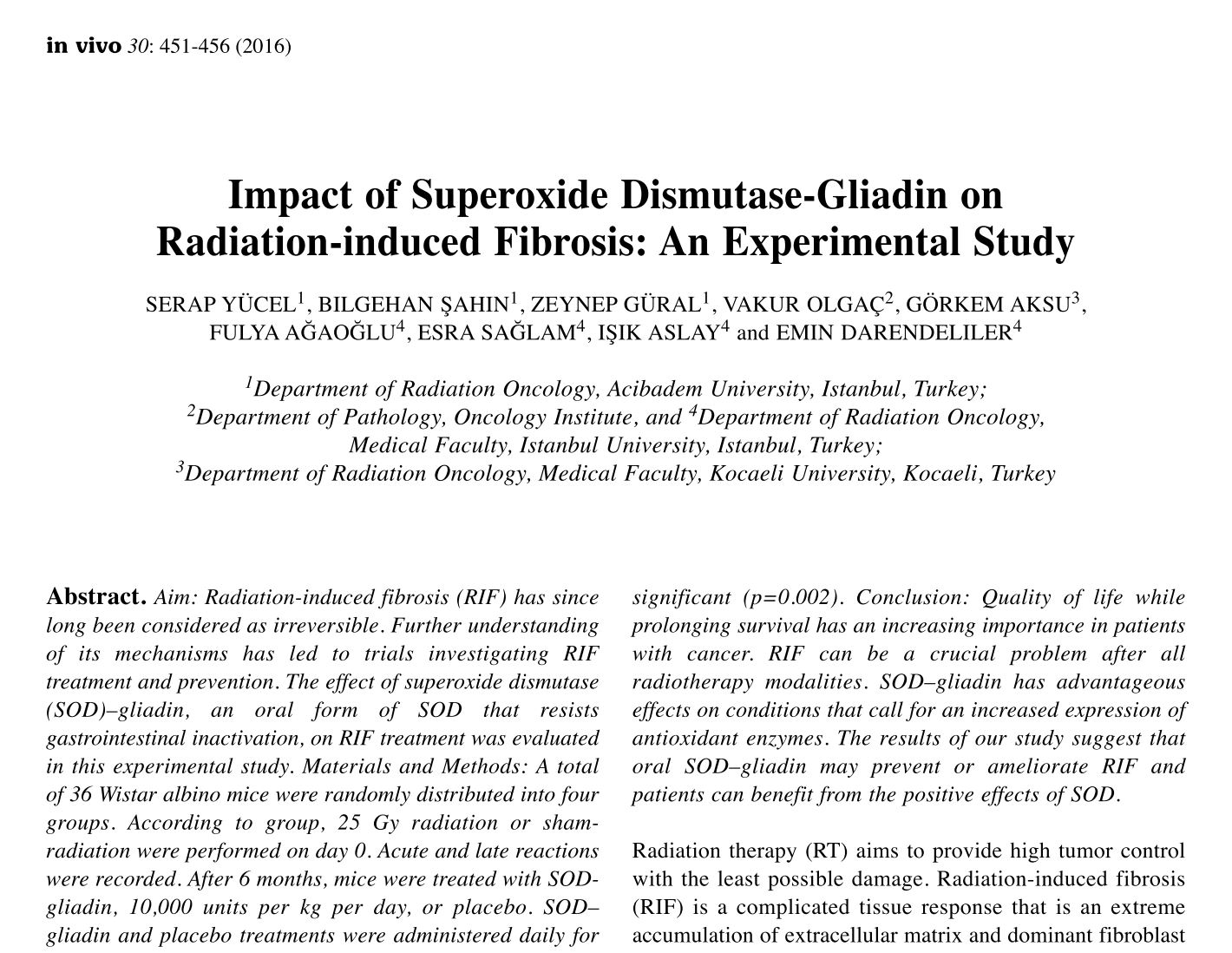 Aim: Radiation-induced fibrosis (RIF) has since long been considered as irreversible. Further understanding of its mechanisms has led to trials investigating RIF treatment and prevention. The effect of superoxide dismutase (SOD)-gliadin, an oral form of SOD that resists gastrointestinal inactivation, on RIF treatment was evaluated in this experimental study.

Materials and methods: A total of 36 Wistar albino mice were randomly distributed into four groups. According to group, 25 Gy radiation or sham-radiation were performed on day 0. Acute and late reactions were recorded. After 6 months, mice were treated with SOD-gliadin, 10,000 units per kg per day, or placebo. SOD-gliadin and placebo treatments were administered daily for 8 days by oral gavage. Later the mice were sacrificed, dissected and histopathologically analyzed. Accumulated hyaline and collagen at the dermis is an indicator of fibrosis. Therefore measurements of the dermal thickness were used to quantify the degree of RIF. Additionally, the morphological changes were analyzed, and the differences reported.

Conclusion: Quality of life while prolonging survival has an increasing importance in patients with cancer. RIF can be a crucial problem after all radiotherapy modalities. SOD-gliadin has advantageous effects on conditions that call for an increased expression of antioxidant enzymes. The results of our study suggest that oral SOD-gliadin may prevent or ameliorate RIF and patients can benefit from the positive effects of SOD.