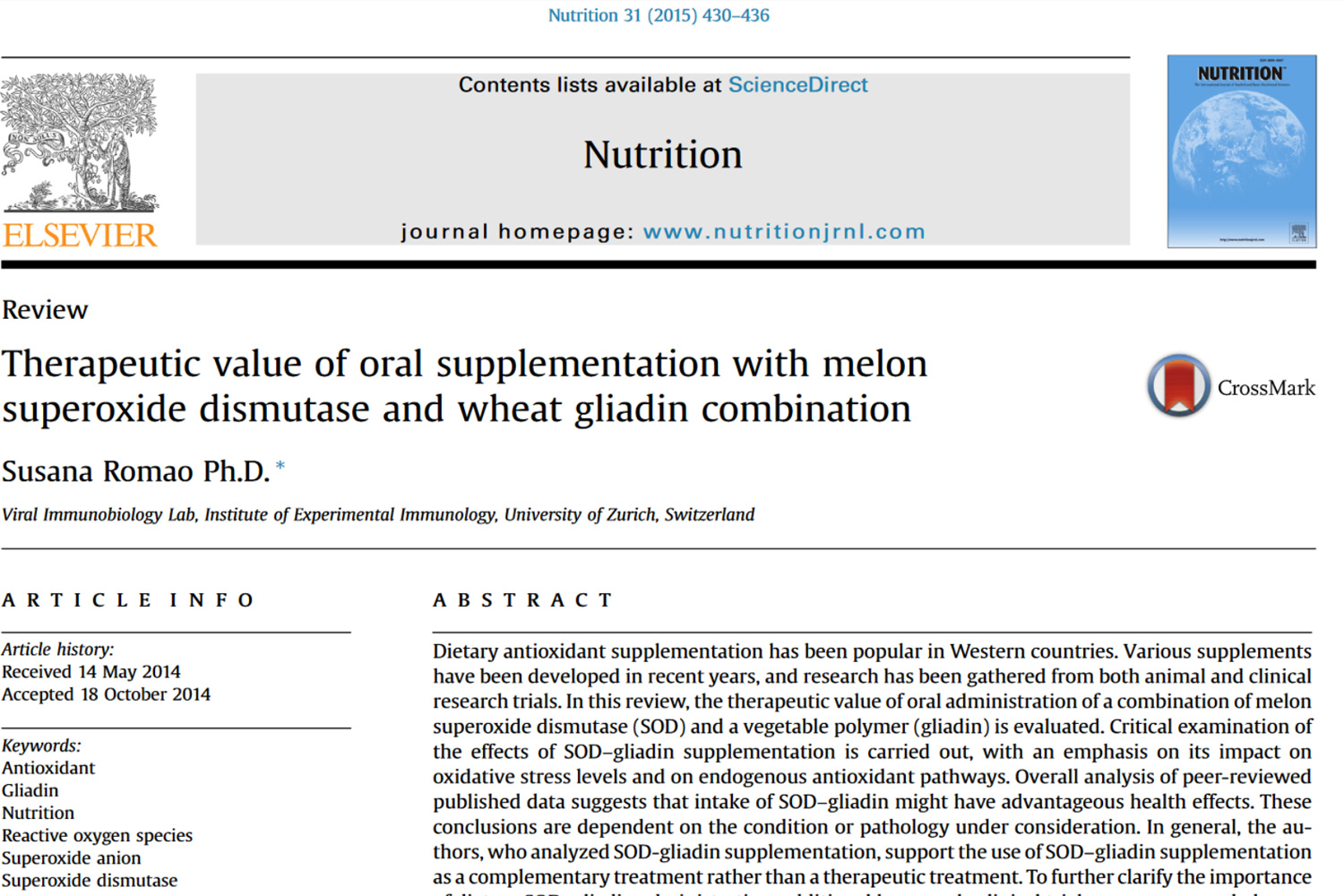 Dietary antioxidant supplementation has been popular in Western countries. Various supplements have been developed in recent years, and research has been gathered from both animal and clinical research trials. In this review, the therapeutic value of oral administration of a combination of melon superoxide dismutase (SOD) and a vegetable polymer (gliadin) is evaluated. Critical examination of the effects of SOD-gliadin supplementation is carried out, with an emphasis on its impact on oxidative stress levels and on endogenous antioxidant pathways. Overall analysis of peer-reviewed published data suggests that intake of SOD-gliadin might have advantageous health effects. These conclusions are dependent on the condition or pathology under consideration. In general, the authors, who analyzed SOD-gliadin supplementation, support the use of SOD-gliadin supplementation as a complementary treatment rather than a therapeutic treatment. To further clarify the importance of dietary SOD-gliadin administration, additional large-scale clinical trials are recommended.
View publication
Category: 1. GliSODin ReviewMarch 10, 2015
Share this post
Share on LinkedInShare on LinkedIn