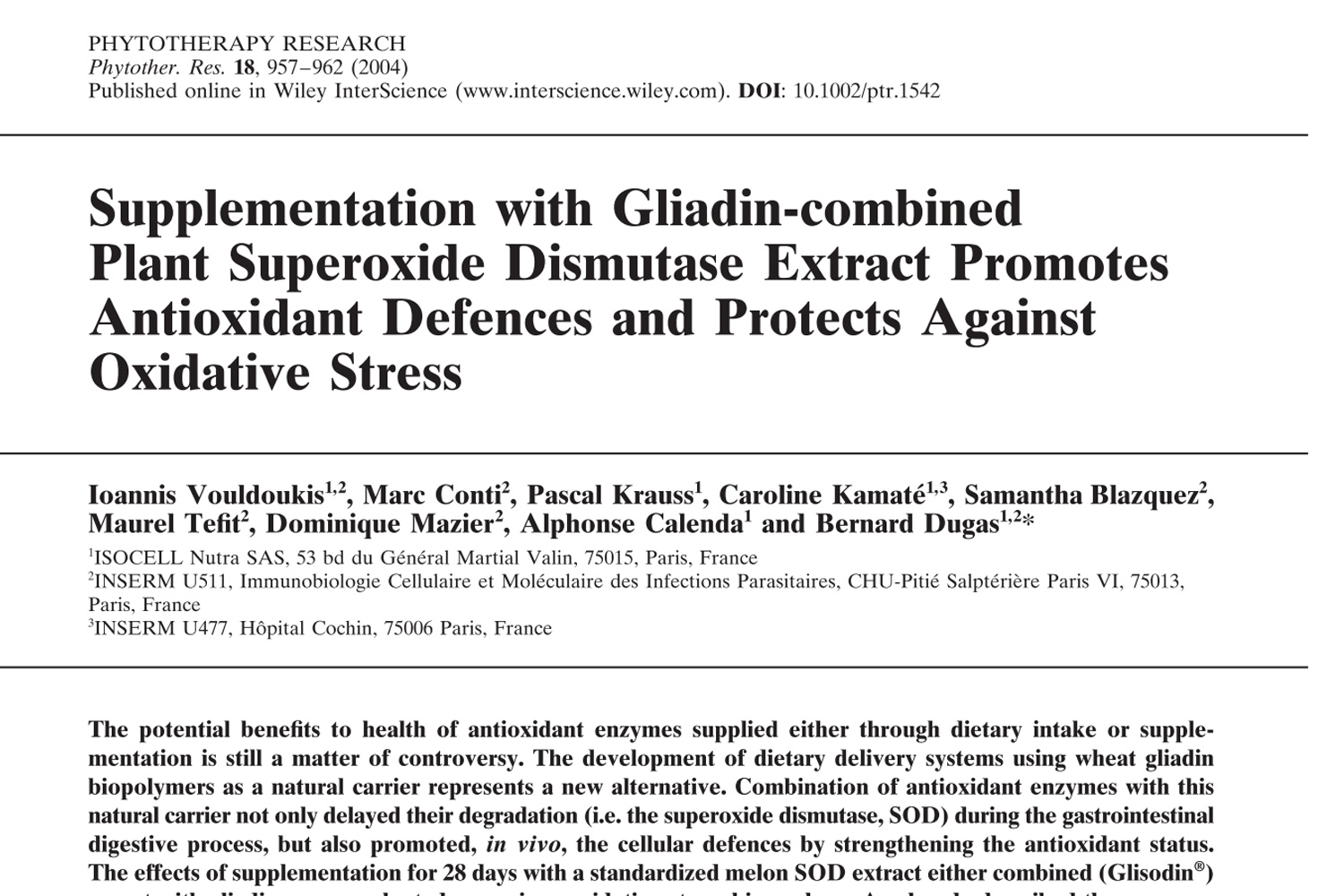 The potential benefits to health of antioxidant enzymes supplied either through dietary intake or supplementation is still a matter of controversy. The development of dietary delivery systems using wheat gliadin biopolymers as a natural carrier represents a new alternative. Combination of antioxidant enzymes with this natural carrier not only delayed their degradation (i.e. the superoxide dismutase, SOD) during the gastrointestinal digestive process, but also promoted, in vivo, the cellular defences by strengthening the antioxidant status. The effects of supplementation for 28 days with a standardized melon SOD extract either combined (Glisodin) or not with gliadin, were evaluated on various oxidative-stress biomarkers. As already described there was no change either in superoxide dismutase, catalase or glutathione peroxidase activities in blood circulation or in the liver following non-protected SOD supplementation. However, animals supplemented with Glisodin showed a significant elevation in circulated antioxidant enzymes activities, correlated with an increased resistance of red blood cells to oxidative stress-induced hemolysis. In the presence of Sin-1, a chemical donor of peroxynitrites, mitochondria from hepatocytes regularly underwent membrane depolarization as the primary biological event of the apoptosis cascade. Hepatocytes isolated from animals supplemented with Glisodin presented a delayed depolarization response and an enhanced resistance to oxidative stress-induced apoptosis. It is concluded that supplementation with gliadin-combined standardized melon SOD extract (Glisodin) promoted the cellular antioxidant status and protected against oxidative stress-induced cell death.
View publication
Categories: 2. Proof of concept, 3. Antioxidant & AgingMarch 1, 2005
Share this post
Share on LinkedInShare on LinkedIn