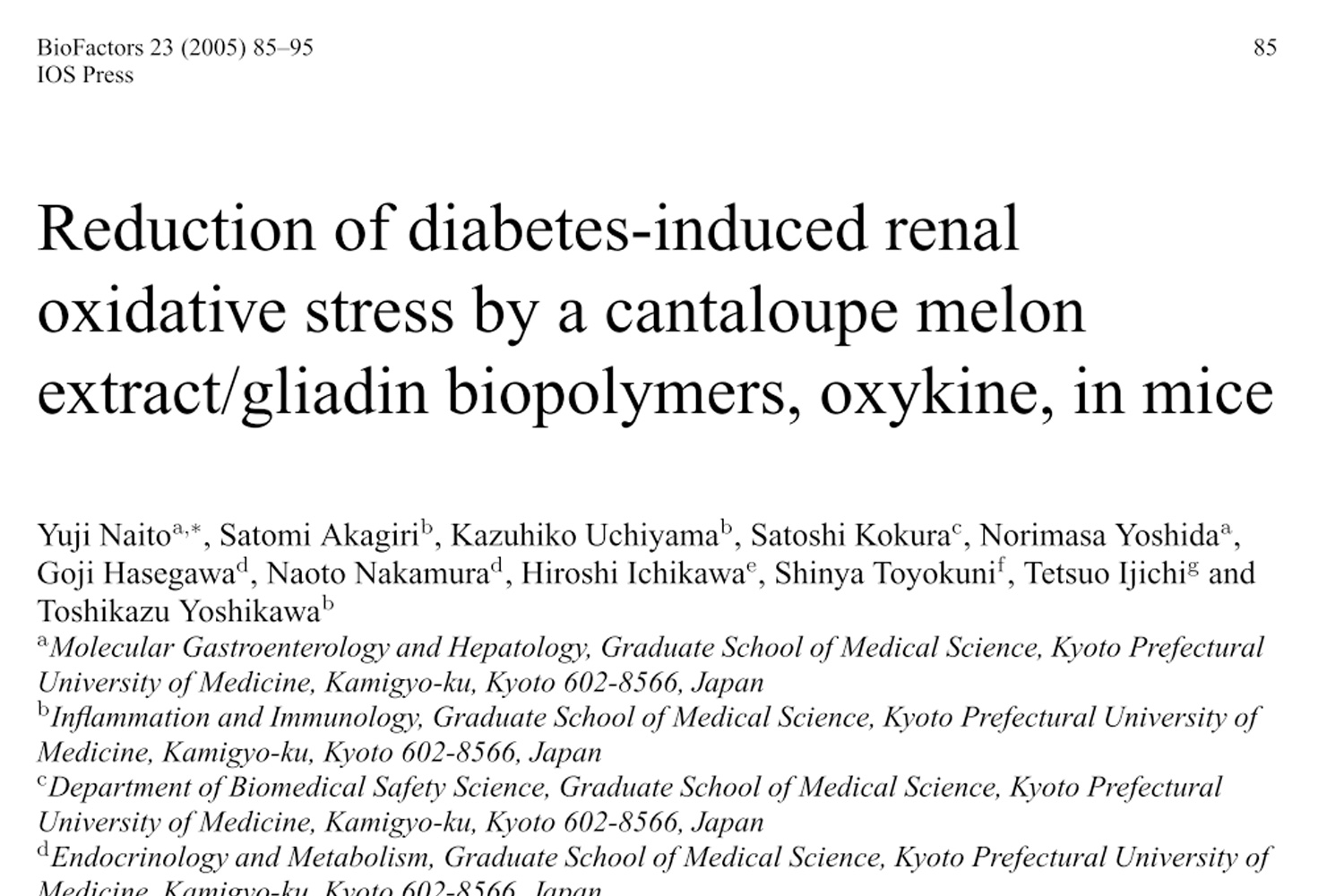 Oxidative stress is implicated as an important mechanism by which diabetes causes nephropathy. Oxykine is the cantaloupe melon extract rich in vegetal superoxide dismutase covered by polymeric films of wheat matrix gliadin. In this study, we examined whether chronic oral administration of oxykine could prevent the progression of diabetic nephropathy induced by oxidative stress using preclinical rodent model of type 2 diabetes.

We used female db/db mice and their non-diabetic db/m littermates. The mice were divided into the following three groups: non-diabetic db/m; diabetic db/db, and diabetic db/db treated with oxykine. Blood glucose level, body weight, urinary albumin, and urinary 8-hydroxydeoxyguanosine (8-OHdG) were measured during the experiments. Histological and 8-OHdG immunohistochemical studies were preformed on 12 weeks from the beginning of treatment. After 12 weeks of treatment, the levels of blood glucose and the body weight were not significantly different between the oxykine-treated group and the non-treated db/db group, however both groups kept significantly high levels rather than db/m mice.

In this study, treatment of oxykine ameliorated the progression and acceleration of diabetic nephropathy for rodent model of type 2 diabetes. These results indicated that the oxykine reduced the diabetes-induced oxidative stress and renal mesangial cell injury. In conclusion, oxykine might be a novel approach for the prevention of diabetes nephropathy.