Prevention of inflammation-mediated acquisition of metastatic properties of benign mouse fibrosarcoma cells by administration of an orally available superoxide dismutase. 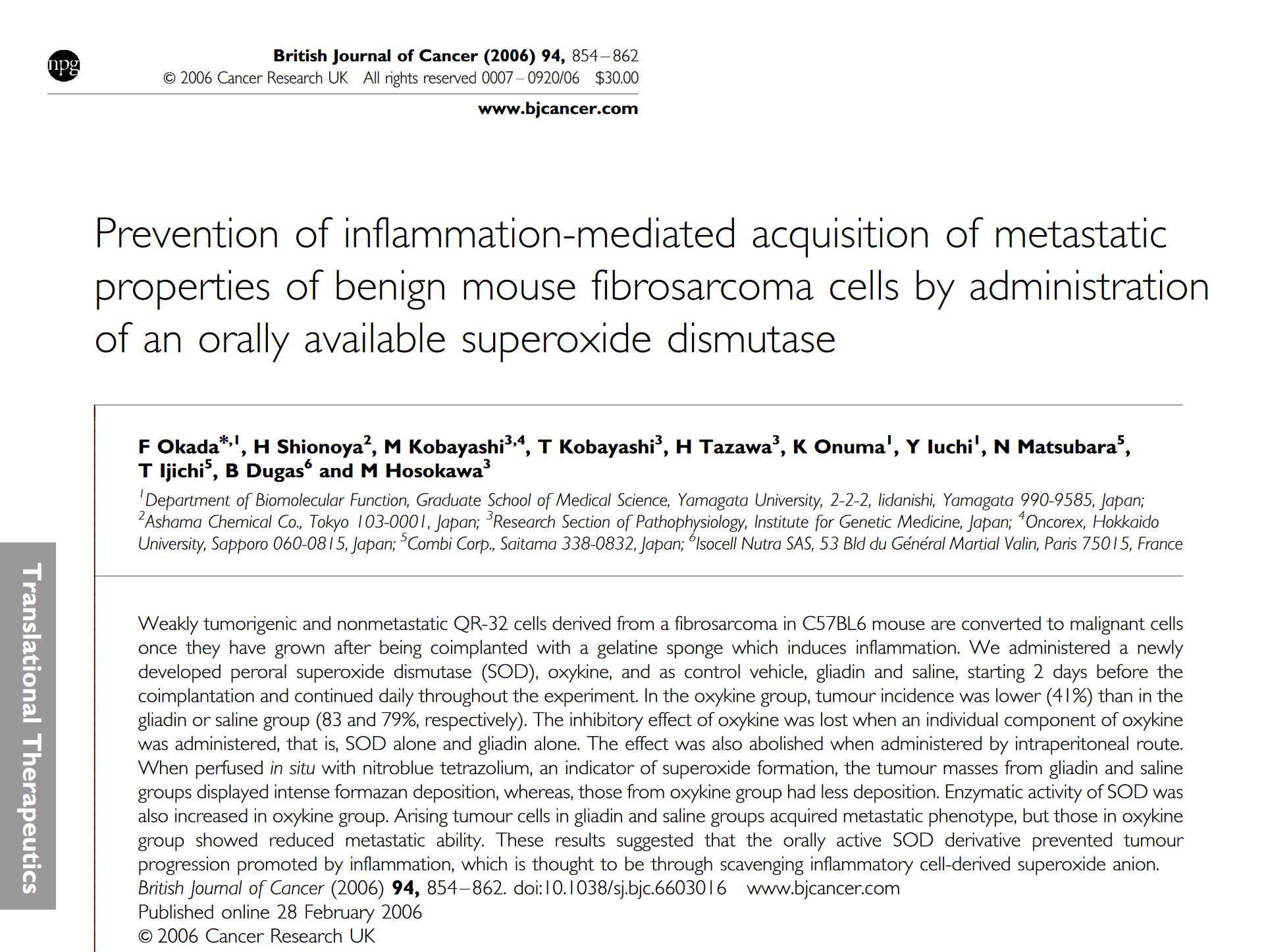 Weakly tumorigenic and nonmetastatic QR-32 cells derived from a fibrosarcoma in C57BL6 mouse are converted to malignant cells once they have grown after being coimplanted with a gelatine sponge which induces inflammation. We administered a newly developed peroral superoxide dismutase (SOD), oxykine, and as control vehicle, gliadin and saline, starting 2 days before the coimplantation and continued daily throughout the experiment. In the oxykine group, tumour incidence was lower (41%) than in the gliadin or saline group (83 and 79%, respectively). The inhibitory effect of oxykine was lost when an individual component of oxykine was administered, that is, SOD alone and gliadin alone. The effect was also abolished when administered by intraperitoneal route. When perfused in situ with nitroblue tetrazolium, an indicator of superoxide formation, the tumour masses from gliadin and saline groups displayed intense formazan deposition, whereas, those from oxykine group had less deposition. Enzymatic activity of SOD was also increased in oxykine group. Arising tumour cells in gliadin and saline groups acquired metastatic phenotype, but those in oxykine group showed reduced metastatic ability. These results suggested that the orally active SOD derivative prevented tumour progression promoted by inflammation, which is thought to be through scavenging inflammatory cell-derived superoxide anion.
View publication
Categories: 6. Oncology, Scientific studiesFebruary 27, 2006
Share this post
Share on LinkedInShare on LinkedIn